Mark Beam-Ward is a founding partner of Beam-Ward, Kruse, Wilson & Fletes, LLC. He has been practicing law for 40 years, with his entire practice devoted to civil trial litigation. He was born in Sioux City, Iowa and grew up in northeast South Dakota. After high school, he attended the University of Kansas, receiving his undergraduate degree in 1976 and his law degree in 1979. He has been admitted to practice law in the state of Kansas and the federal courts, including the District of Kansas, the Western District of Missouri, the Eighth Circuit Court of Appeals, and the Tenth Circuit Court of Appeals. He is a member of the Wyandotte County Bar Association and the Kansas Trial Lawyers Association.

Mark’s career has involved all areas of civil trial practice. These include claims for personal injuries arising from personal or professional negligence; employment discrimination; contract disputes; and workers’ compensation. In fact, Mark was involved in one of the first successful trials of a claim under the Americans with Disabilities Act. Because of his trial experience, he has also been retained by defendants or their insurance carriers to defend them in litigation in these same areas of practice. He is a member of The Hartford Insurance Company’s National Panel Counsel. He believes that this experience has allowed him to better see both sides of a case and thus represent his clients more effectively. 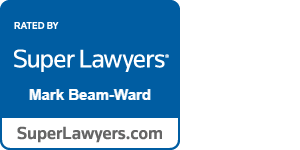